If you’re allergic to crowded tourist attractions and would like to get a glimpse of nordic wilderness, consider to move from Tallinn to South. It takes about 1-hour drive from the capital to end up in a bog – an ancient landscape that has stood the test of time since the last ice age.

The oldest bogs in Estonia are around 9000-10000 years old. Although bog is a wetland by its origins, you can also perceive it as a nordic desert. There are not too many plant species that can tolerate its acidic and mineral-poor soil, which in turn, makes it a place that most bird and animal species don´t see as a permanent habitat.

In previous centuries swamps and bogs have been perceived as a dangerous places where’s easy to get lost or sink in. Today, those wetlands have become wildly popular among Estonians and foreigners as a places to plug out and to enjoy beautiful views and natural soundscapes. The closest bog trails from Tallinn are just one-hour drive away, which makes them easily accessible resource to anybody who’s interested in quick retreat to wilderness.

There are some less known bog trails near Tallinn you could pick as your day trip and in the following paragraphs I will unfold two of them. Loosalu-Paluküla nature trail and Mukri bog trail will offer you the experience in full spectrum: beauty, tranquility and sense of being away. Take yourself 4-6 hours and head to South from Tallinn.

This nature trail takes you to the biggest bog lake in Estonia – Lake Loosalu. The lake today is just a remaining of an ancient water body that used to be many times bigger thousands of years ago. The trail is 7.7 km kilometres long and 4 km of it is a boardwalk on a bog. By completing the trail you will end up on Paluküla Hiiemägi – the highest point of North Estonia. Rapla county. Estonia is a very flat land, so 106 m can still be considered “high”, right?

A camping site with a fireplace in the beginning of the trail is for public use and you’re welcome to set up a warming fire for a after-hike-picnic. 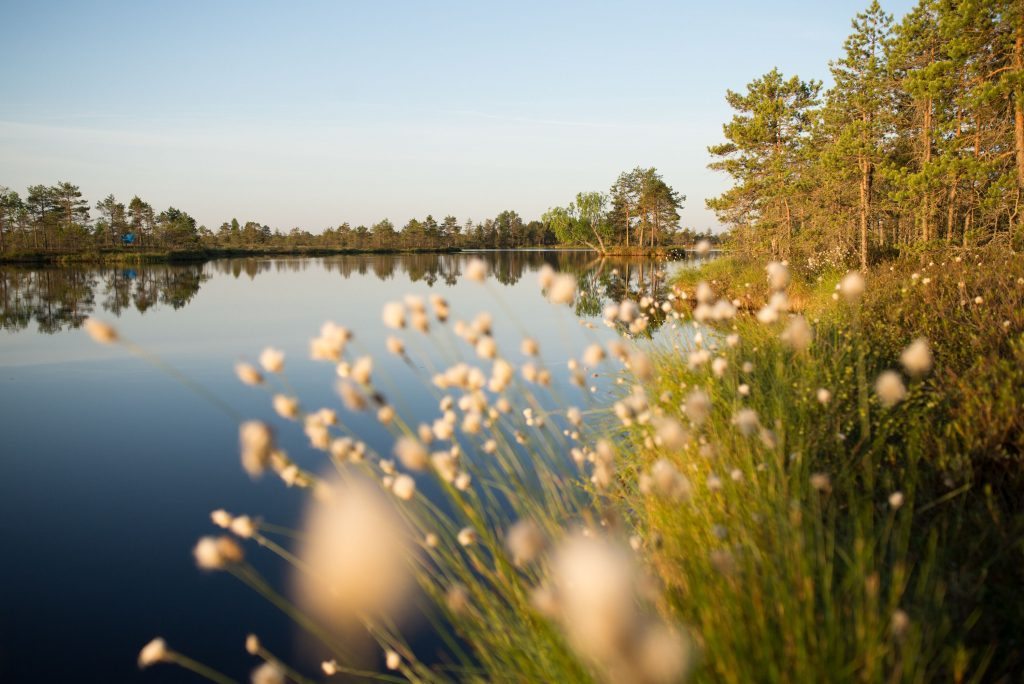 Mukri bog trail is easily accessible and very compact facility. It takes only few minutes to get from the parking lot on the 2.5 km trail. On this 1-1.5-hour walk you will see the mystical bog pools and have a chance to climb up to the watchtower, which is one of the highest in the bogs of Northern Estonia – 18 meters. There are two official swimming spots on this trail, so don´t miss the chance to take a swim in the dark-coloured and silky bog water. You can end your hike by setting up a fire in the camping site nearby. The firewood is for the public use and you just need take your food and matches with you.

Loosalu-Paluküla nature trail and Mukri bog trail in Rapla county are perfect routes for your day trip from Tallinn. Just about 1-1.5 hour drive and you’re in the middle of wilderness. Enjoy the views, silence and have a picnic on the camping site. As a bonus, you will discover the country side which is not possible when staying in Tallinn or using only highways 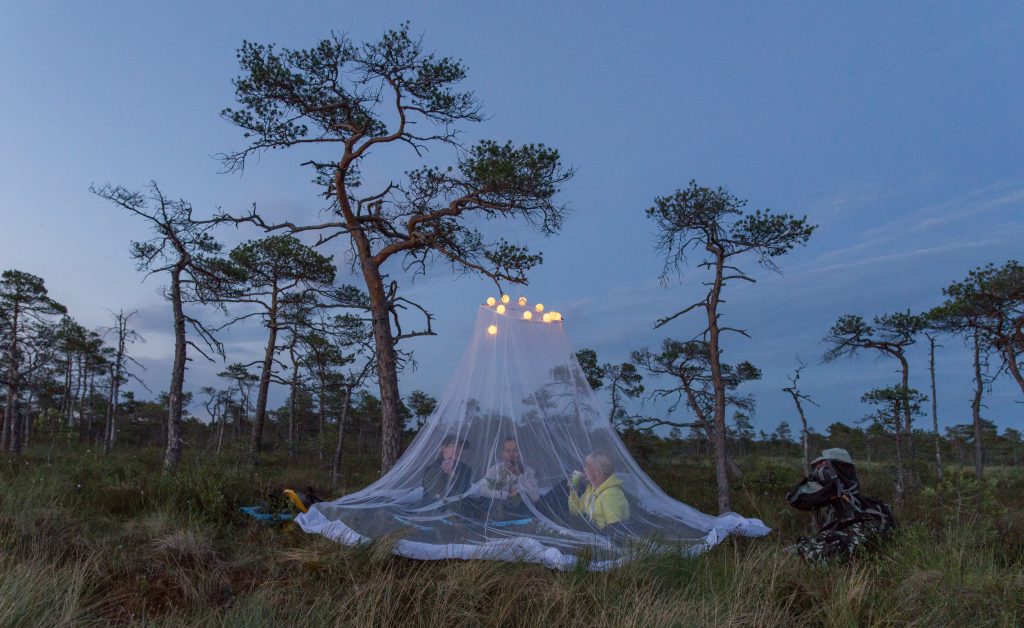